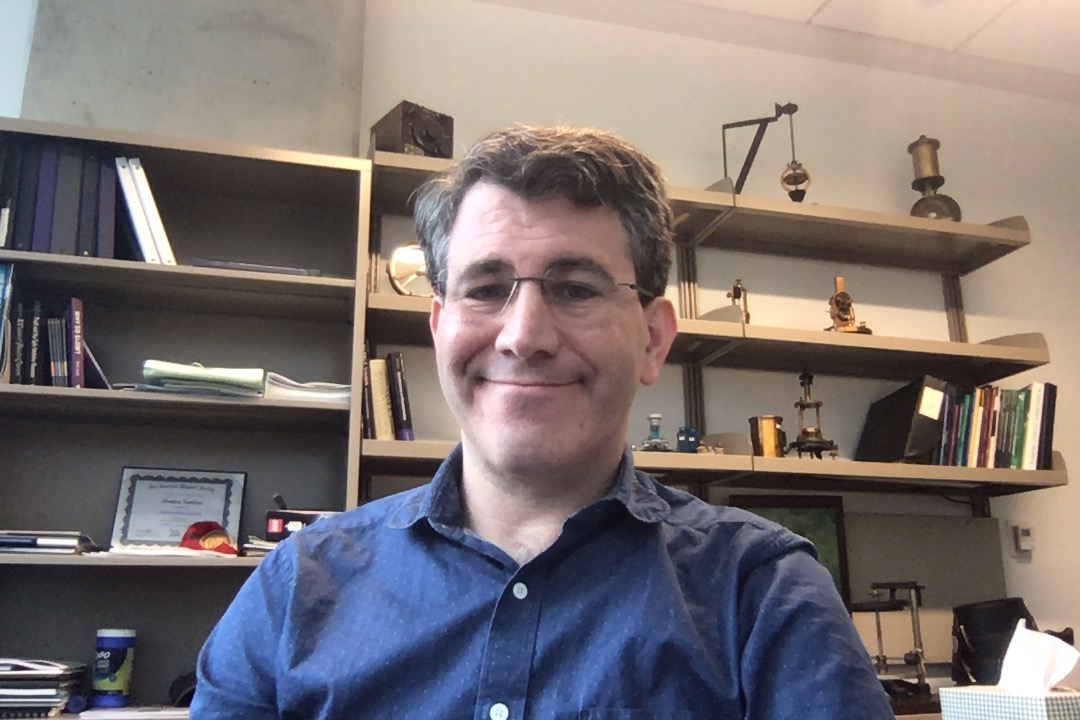 My research group focuses on the electronic, magnetic, and (recently) optical properties of nanoscale structures. Over the last twenty years there has been tremendous progress in the ability to manipulate matter at levels approaching the atomic scale. By constructing model nanosystems (nanoparticle, nanowires, atomic-scale junctions, transistors with individual molecules as the active region), we are able to examine the basic physics that becomes relevant at these scales. Effects that can be important at the nanoscale include:

Quantum coherence - Electrons are quantum mechanical objects, and quantum effects clearly dominate at the atomic scale; however, you never worry about quantum interference when you turn on the lights. Nanoscale systems allow us to examine the crossover between quantum and classical behavior, and the processes that lead to this decoherence.

Strong correlations - Often in condensed matter physics we can get away with ignoring electron-electron interactions. However this is not always a good idea, and many important physical systems (e.g., the high temperature superconductors, many transition metal oxides) electron-electron interactions lead to major consequences (insulating states, magnetism, superconductivity). In nanostructures, when electrons can be forced into close proximity, we can make tunable models with which to examine strong electronic correlations.

In addition to learning a lot of neat physics, people in this research group will develop skills in micro- and nanofabrication, sensitive electrical measurements,various microscopy techniques, low temperature physics, and vacuum systems.

As an NSF-funded researcher, one of my jobs is to help create the technological workforce of the future.  There are a number of areas of science education in general (and physics education in particular) that interest me.  Just a few observations:

1. Scientific literacy is unappreciated culturally in the US.
I'd be considered culturally illiterate and intellectually inadequate if I had never read Shakespeare or heard of Mozart or Picasso.  However, it's culturally acceptable for people to know essentially nothing at all about scientific issues that touch on their daily lives (Why is the sky blue?  What does a microwave oven do?).  This is very distressing, though difficult to change except through real efforts to popularize science - to allow a broader audience to understand the appeal and excitement in figuring out why the world works the way it does.

2. Cutting-edge research is increasingly interdisciplinary, and most traditional science education doesn't reflect that.
Some of the most exciting science getting done today involves disciplines ranging from physics, chemistry, materials science,  molecular biology, and electrical engineering. Educationally, however, walls between these disciplines remain extremely tall and difficult to surmount.  In particular, much more could be done at early stages of physics education to point out current exciting research that touches on many areas of expertise.

3.  Scientists generally do a lousy job conveying the relevance of their work.
As a Nobel laureate I know once said to a conference speaker, "It's late and I'm tired:  why should I care about any of this work?"  We need to do a better job conveying, both to our students and to the general populace, the motivation behind the work we're presenting.  I think one reason so many people drop out of physics programs is that they are forced to sit through two years of very old, very dry stuff without much explanation of why these fundamentals are important and interesting. Again, tough to change overall, but worth thinking about.

4.  Industrial research in the US is in big trouble.  This is really a byproduct of the same "enhanced productivity" model of the 21st century economy that resulted in the 90's boom/bust.  Once upon a time, some companies could afford to divert a small portion of their revenues into long-term research.  The best examples of this were Bell Labs, IBM Research, Xerox PARC, Ford Scientific, and others.  However, under increasing economic pressure, "long-term" now generally means "less than 18 months from lab to market".  While this is a defensible position, and these companies certainly have a fiduciary duty to their shareholders, the net result of this has been the decimation of some of the places that are largely responsible for the Information Age.  There seems to be a tacit assumption that (federally funded) university research will pick up the slack.  It is far from clear that this can happen - there are scientific economies of scale ("critical mass") that are very hard to achieve at most universities.  As above, I have no magic wand to fix this, but it should certainly be of concern.

The Onion
The Princeton University Band
Piled Higher and Deeper